God’s word confirms he will take care of his children,for those who mock and scorn us and refuse his council he then will mock them. “Because I have called,and ye refused;I have stretched out my hand,and no man regarded;But ye have set at nought all my council,and would none of my reproof:I also will laugh at your calamity;I will mock when your fear cometh”.(Proverbs 1:24-26).

No one was mocked more than our Saviour,but he now sits at the right hand of the throne of God. “And they stripped him,and put on him a scarlet robe.And when they had platted a crown of thorns,they put it upon his head,and a reed in his right hand:and they bowed the knee before him,and mocked him saying,Hail,King of the jews! And they spit upon him,and took the reed,and smote him on the head. And after that they had mocked him,they took the robe off from him,and put his own raiment on him,and led him away to crucify him”,(Matthew 27:28-31).

We see the protection over God’s people like when Elisha was mocked after working the miracle of healing the barren land and bitter waters. “So the waters were healed unto this day,according to the saying of Elisha which he spake.

And he went up from thence unto Bethel: and as he was going up by the way,there came forth little children out of the city,and mocked him,and said unto him,Go up,thou bald head;Go up,thou bald head. And he turned back,and looked on them,and cursed them in the name of the Lord. And there came forth two she bears out of the wood,and tare (tore)forty and two children of them”.(2 Kings 2:22-24). 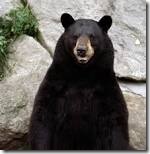 The story of Job shows of a man which lost so much,yet was blessed double at the end of his life than in the beginning. “I am as one mocked of his neighbor,who calleth upon God, and he answereth him:the just upright man is laughed to scorn”,(Job 12:4).

Just as satan thought he could rise above the throne of God and was all powerful was reprimanded just as Nimrod was when he thought to build a tower of Babel to reach the Heavens we see in the previous passages that it is God not man who has the final say!

To God Be The Glory,Who Is Worthy Of Our Praise!