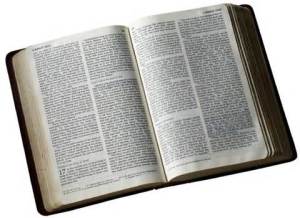 If any one of us were told we have to suffer greatly, fall into snares and traps people set up then be persecuted for our belief and at times be among people we thought loved the Lord as much as we do only to be disappointed! and be told this all has to be for the light of God to shine through us…… would we accept the challenge? or as many think if one is a Christian we are so protected it is sunny skies and smooth sailing for now we’re saved. Actually all of the above is needful in the life of the one who follows the Lord completely as we die to self we too become as a living sacrifice for others.

The apostle Paul had such strong a faith that some today would of complained continually at just a couple of things he endured! “Are they ministers of Christ? (I speak as a fool) I am more; in labours more abundant, in stripes above measure, in prisons more frequent, in deaths oft. Of the Jews five times received I forty stripes save one. Thrice was I beaten with rods, once was I stoned, thrice I suffered shipwreck, a night and a day in the deep; In journeyings often, in perils of waters, in perils of robbers, in perils of mine own countrymen, in perils by the heathen, in perils in the city, in perils in the wilderness, in perils in the sea, in perils among false brethren; In weariness and painfulness, in watchings often, in hunger and thirst, in fastings often, in cold and nakedness. Beside those things that are without, that which cometh upon me daily, the care of all the churches”.(2 Corinthians 11:23-28).
The disciples were to the rescue of one named Saul who’s life Jesus had changed immensely and when he was in the midst of his enemies who wanted to kill him was helped by his fellow brethren to safety! “But Saul increased the more in strength, and confounded the Jews which dwelt at Damascus, proving that this is very Christ. And after that many days were fulfilled, the Jews took council to kill him: But their laying await was known of Saul. And they watched the gates day and night to kill him. Then the disciples took him by night, and let him down by the wall in a basket. And when Saul was come to Jerusalem, he assayed to join himself to the disciples: but they were all afraid of him, and believed not that he was a disciple. But Barnabas took him, and brought him to the apostles, and declared unto them how he had seen the Lord in the way, and that he had spoken to him, and how he had preached boldly at Damascus in the name of Jesus”.(Acts 9:22-27).
The grace of God is great and anything we endure for the precious name of Christ we now live for is not to be compared to the eternity he has bought for us at the Cross he endured to give salvation to all who call upon him out of a repentant heart! “Who shall lay any thing to the charge of God’s elect? It is God that justifieth. Who is he that condemneth? It is Christ that died, yea rather, that is risen again, who is even at the right hand of God, who also maketh intercession for us. Who shall separate us from the love of Christ? shall tribulation, or distress, or persecution, or famine, or nakedness, or peril, or sword? As it is written, For thy sake we are killed all the day long; we are accounted as sheep for the slaughter. Nay, in all these things we are more than conquerors through him that loved us. For I am persuaded, that neither death, nor life, nor angels, nor principalities, nor powers, nor things present, not things to come, Nor height, nor depth, not any other creature, shall be able to separate us from the love of God, which is in Christ Jesus our Lord”.(Romans 8:33-39).