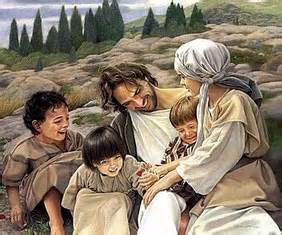 The saying less is more is very true with God for he let’s us know when we rely on him that we do not stand alone!  Even if we are few in number it pleases him more then his strength can shine through more.  When Gideon was going to battle and had twenty two thousand men God told him he had too many for the fight and he then lowered it to ten thousand which once again God said that is still too many, and when it was narrowed down to three hundred God was pleased and said: If there are so many then the people will become conceited as though it were there strength that won the battle. God moves on behalf of the least so it shows forth his hand is with the people and it is he that got them the victory. “And the Lord said unto Gideon, The people that are with thee are too many for me to give the Midianites into their hands, lest Israel vaunt themselves against me, saying, Mine own hand hath saved me. Now therefore go to, proclaim in the ears of the people, saying, Whosoever is fearful and afraid, let him return and depart early from mount Gil’-e-ad. And there returned of the people twenty and two thousand; and there remained ten thousand. And the Lord said unto Gideon, By the three hundred men that lapped will I save you, and deliver the Midianites into thine hand: and let all the other people go every man unto his place”.(Judges 7:2,3,7).

In the parable of the seed and the sower the wheat represents God’s people and the tares are the weeds which grow along side the wheat sown by the enemy satan. The day will come when God will sift the wheat and only the choice (chosen) will stand and shine forth for it will be a sifting of nations and yet not one of the chosen wheat will fall, but stand on sure ground as in array for battle! “Behold, the eyes of the Lord God are upon the sinful kingdom, and I will destroy it from off the face of the earth; saving that I will not utterly destroy the house of Jacob, saith the Lord. For, lo, I will command, and I will sift the house of Israel among all nations, like as corn is sifted in a sieve, yet shall not the least grain fall upon the earth. All the sinners of my people shall die by the sword, which say, The evil shall not overtake nor prevent us. In that day will I raise up the tabernacle of David that is fallen, and close up the breaches thereof; and I will raise up his ruins, and I will build it as in the days of old”.(Amos 9:8-11).
What a wonderful lesson we read in Luke  of the importance of the least in the eyes of God! for when the disciples started reasoning of who would be the greatest in the kingdom he showed the example of an innocent child. “Then there arose a reasoning among them, which of them should be greatest. And Jesus, perceiving the thought of their heart, took a child, and set him by him, And said unto them, Whosoever shall receive this child in my name receiveth me: and whosoever shall receive me receiveth him that sent me: for he that is least among you all, the same shall be great“.(Luke 9:46-48).
When God took the Israelites out of the bondage of Egypt he declared it was because he loved them and they were the fewest in number. Ever notice when the wicked ban together there are many yet when God’s people need assistance it takes less to bring an army of fools down. As he said when two or three are gathered together in his name there is he in the midst of them! “For thou are  an holy people unto the Lord thy God: the Lord thy God hath chosen thee to be a special people unto himself, above all people that are upon the face of the earth. The Lord did not set his love upon you, nor choose you, because you were more in number than any people; for ye were the fewest of all people”.(Deuteronomy 7:6,7)