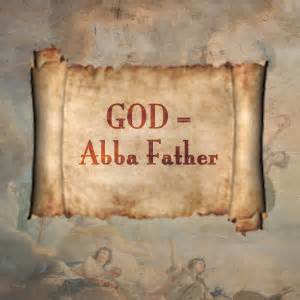 Jesus never claimed the words He spoke were His own, if anything He always made it a point that He was speaking the words of His Father who sent Him! (John 12:44-50).  Jesus cried and said, He that believeth on me, believeth not on me, but on him that sent me. And he that seeth me seeth him that sent me. I am come a light into the world, that whosoever believeth on me should not abide in darkness.And if any man hear my words, and believe not, I judge him not: for I came not to judge the world, but to save the world. He that rejecteth me, and receiveth not my words, hath one that judgeth him: the word that I have spoken, the same shall judge him in the last day. For I have not spoken of myself; but the Father which sent me, he gave me a commandment, what I should say, and what I should speak.And I know that his commandment is life everlasting: whatsoever I speak therefore, even as the Father said unto me, so I speak.

When the Jews insisted they were following their father Abraham Jesus did not hesitate to tell them if they were the children of Abraham they would believe His words and would love Him, but by them not doing so they were of their father the devil since they would not hear none of His words. (John 8:39-47) They answered and said unto him, Abraham is our father. Jesus saith unto them, If ye were Abraham’s children, ye would do the works of Abraham. But now ye seek to kill me, a man that hath told you the truth, which I have heard of God: this did not Abraham. Ye do the deeds of your father. Then said they to him, We be not born of fornication; we have one Father, even God. Jesus said unto them, If God were your Father, ye would love me: for I proceeded forth and came from God; neither came I of myself, but he sent me. Why do ye not understand my speech? even because ye cannot hear my word. Ye are of your father the devil, and the lusts of your father ye will do. He was a murderer from the beginning, and abode not in the truth, because there is no truth in him. When he speaketh a lie, he speaketh of his own: for he is a liar, and the father of it. And because I tell you the truth, ye believe me not. Which of you convinceth me of sin? And if I say the truth, why do ye not believe me? He that is of God heareth God’s words: ye therefore hear them not, because ye are not of God……. (1 John 4:4-6).

Jesus came into this world solely for those who would believe on Him by the words of His Father and would one day spend eternity in heaven which is the habitation Jesus left only to return to once again. (John 16:27-28)…… (John 13:3).