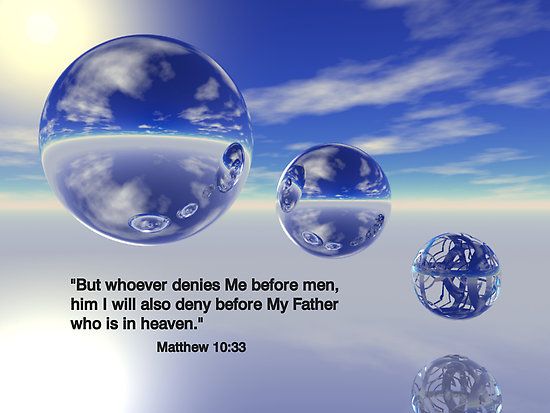 That GOD will destroy the wicked is common knowledge. It is the FINAL “final solution” to evil in this world.

But before GOD’S destruction of the wicked occurs, there is another one who brings destruction to us human beings, even as we live.

Hidden in the language of John 3:15 ( and the same phrase in verse 16), “who” brings destruction to man is identified.  [ It may surprise us.]

Here is the WORD spoken by Our LORD JESUS CHRIST :

lifted up the serpent

even so must the SON+ of Man be lifted up:

That whosoever believeth in HIM+

but have eternal life.

For GOD so loved the world,

that whosoever believeth in HIM+

but have everlasting life.

“Perish” is the verb of focus.  The Greek root may sound  familiar to us: apollumi,

We recall this well-known verse in Revelation 9 :

And they had a king over them,

which is the angel of the bottomless pit,

whose name in the Hebrew tongue is Abaddon,

but in the Greek tongue hath his name

Thus we see that the verb APOLLUMI  means to destroy, in its various forms.

Now then, translators have assigned “perish” to this verb “DESTROY.”

This is an arbitrary designation that somehow, they have all agreed upon because the verb is in the simple MIDDLE voice, in the Greek language.

However , briefly note this: a verb in the simple MIDDLE form will have a reflexive meaning.  The subject does an action that REFLECTS BACK upon himself.

Thus, a more basic, more honest translation  of this verb phrase is this:

“…should not destroy himself “

but may have everlasting Life.

“Perish”  indeed happens to oneself, but WHO is making the perishing to happen ?  In the translators’ versions, no-one; it just “occurs.”

Some people refuse to come to CHRIST JESUS on the grounds of this protest:

Why would a Loving GOD

put anyone in Hell ?

WE PUT OURSELVES THERE.

We do it to ourselves.

We choose not to believe.

We choose to put our trust elsewhere instead of upon The LORD JESUS CHRIST.

We choose to ignore HIM+, His+ servants, His+ Word, and His+ warnings.

We have free-will. The choice is ours, not His+.

will NOT choose for us;

we must do it ourselves.

If we fail to make a choice, then by default our Adamic nature has chosen  Hell .

Originally, Hell was not created for man but for the satan and his rebel angels. Matthew 25:41.

When Adam and Eve chose to break the companionship they had with The LORD, they infected the entire Adamic race with the curse of sin.

The LORD JESUS CHRIST, however, re-established a Way for fallen, sinful man to come out from under the curse and have companionship with The FATHER again.

When man refuses The LORD JESUS, then we go with the being we follow. We have no power to stop our decline into Hell, apart from The LORD JESUS CHRIST.

Now, there is yet another gem of Truth hidden within this great passage in John 3:15 and John 3:16:

should not destroy himself

but may have everlasting Life.

The verb phrase “may have” or “might have”  is in the subjunctive mood. We would understand this to be CONDITIONAL, hopeful, allowable perhaps … if the conditions are met.

Those CONDITIONS are important !

We may obtain eternal, everlasting Life  … IF… IF… IF… we stay with JESUS, nothing wavering.

IF we stay anchored on HIM+ through the testings that come our way, THEN we are allowed to retain our hope of Eternal Life with JESUS in Heaven with certainty.

If we leave HIM+, though, and deny HIM+ before men, HE+ will deny us before His+ Heavenly FATHER and HIS angels.

shall confess ME+ before men,

him will I+ confess also

which is in heaven.

But whosoever shall deny ME+

him will I+ also deny

which is in heaven.

We have NOT MET THE CONDITIONS to obtain Eternal Life, at that point.

And, worse.  Unless we repent, we will lose our soul in Hell.  A Living, tormenting Hell, not a perpetual soul-sleep, as some teach. See the account of the beggar Lazarus in Abraham’s Bosom and the wicked rich man in Hell. Luke 16.

It tells us that “may have Eternal Life” is a continuous happening occuring right now… if we stay anchored in JESUS CHRIST The LORD.

Verily, verily, I+ say unto you, He that heareth My+ word, and believeth on HIM that sent ME+, hath everlasting life, and shall not come into condemnation;

but is passed from death unto life.

IF we remain, abide, stay anchored

in The LORD JESUS, we are passed

from death unto Life even now, JESUS told us.

the same shall be clothed

and I+ will not blot out his name

out of the Book of Life,

but I+ will confess his name

and before HIS angels.