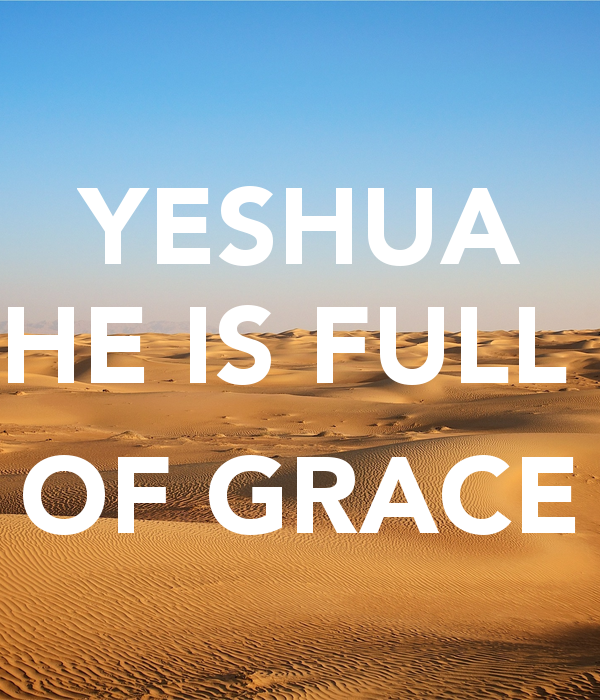 ( and that ONE+ is NOT Mary nor Stephen,

in the Traditional Text of the New Testament)

And the WORD+ was made flesh,and dwelt among us,

(and we beheld HIS+ glory,the glory as of

the Only-Begotten+ of the FATHER,)

And of His+ Fulness have all we received,

and grace for Grace.

The Only-Begotten+ — the MONOGENAS+ — of Our FATHER Which art in Heaven, hallowed be His Name, is the ONLY ONE+ in traditional Scripture Who+ is identified as

That grace from HIM+ is what we all may receive … but it comes from HIM+.   No-one had it to give to others before HIM+ because no-one had it before HIM+… including Mary, His+ birth-mother.

But unto every one of us

according to the measure

of the Gift of CHRIST.

For it pleased the FATHER that in HIM+should ALL   FULNESS dwell. Colossians 1:19

For in HIM+ dwelleth  ALL   the FULNESS of the GOD-HEAD bodily.  Colossians 2:9

And ye are complete in HIM+,Who+ is the Head OF  ALL  principality and power:  Colossians 2:10

And HE+ is the Head of the Body,the Church:

Who+ is the Beginning, the First-born from the dead;

that in ALL  THINGS

The LORD JESUS CHRIST is the only ONE+ full of grace.

The Bibles that render  Luke 1:28 with the wording “Mary” as being full-of-grace [ as the faithful recite it 50 times in the popular “Hail Mary” prayers of the Rosary ] are basing their translations solely on the Latin Vulgate, not on ANY Greek manuscript. The Latin Vulgate was authored by Jerome around 400 A.D.

of the Greek manuscripts

describe Mary as  “full of grace.”

Furthermore, not even one variant is listed in Nestle-Aland’s 26th Edition of their eclectic Greek New Testament pertaining to “full of grace” in Luke 1:28.

In addition , no Early Church Father is cited with any such variant as “full of grace” for Mary in Luke 1:28.

Nor is “full-of-grace” for Mary cited in any ancient liturgy, according to Nestle-Aland’s 26th Edition!

BE ASSURED that Nestle-Aland WOULD cite “full of grace” …  if  the variant was found there in any manuscript, papyrus, Early Church Father, or Ancient Liturgy.

This is amazing because Nestle-Aland’s thoroughly eclectic Greek text is sure to include every CITATION of ANY Greek text which disagrees with the Byzantine Greek text… the Traditional Text of the HOLY GOSPELS.

Modern English versions follow the Alexandrian text base, usually based on a couple ( 5 or less ) of early Greek uncial (unspaced words, capital letters) manuscripts. Therefore, many changes have been incorporated into the New Testament which are not well substantiated. ]

where did the scholarly and learned Jerome obtain

THAT is a good question because…

Jerome used two sources to compile the authorized Latin Vulgate:  some Greek texts and some  Old Latin manuscripts. The Latin Vulgate which is released to the public today has Mary “full of grace” in Luke 1:28.

One Old Latin manuscript is Codex D ( 5 ), also known as Codex Bezae, kept in England at Cambridge University.  It is online and can be freely accessed. It is from the 5th Century. Codex D is a diglot, containing Greek on one page and Latin on the  opposite page.

The point about Codex D is that the Old Latin renders Luke 1:28 as

Let us keep in mind the difference. If one is being “favored” , it is a gift of the GIVER, which in Mary’s case was GOD.  HE selected her and favored her with HIS selection. Indeed, that is what the Greek word means in that verse.

however, it is a characteristic of that person.

In addition, note well this fact:  there is no “highly“ involved in that Greek word in Luke 1:28.

(Why “highly favored” has been translated that way is anyone’s guess.)

This is why the LORD JESUS CHRIST is identified as “FULL of GRACE.”  It was characteristic of HIMSELF+. HE+ brought Grace from GOD to the human race.

Whether or not Jerome had access to the SAME Old Latin manuscripts as was used in Codex D, the evidence still stands that one of the MAJOR uncials, among the oldest copies that we have of the Gospels,  does NOT HAVE  Mary being “full of grace.”Likely, there were other Old Latin manuscripts which had Mary as “favored” as well as Codex D.

where did Jerome obtain

as pertaining to Mary ?

ALSO…. We have record of an Early Church bishop, Gregory of Thaumaturgas  who lived around 250 AD in the Neo-Ceasarea area around the Black Sea.

In all of his 3 mis-directed, mis-guided, and ill-favored homilies adulating Mary, he only and constantly addressed her as the “highly favored one … not the one full of grace . He wrote in Latin and likely read and had access to the Old Latin manuscripts because he was a full two centuries before Jerome. ( See Ante-Nicene Fathers, Vol. 6, pages 58-67. )

where did Jerome obtain

as pertaining to Mary ?

Should we TRUST any Bible which follows this unsubstantiated wording regarding Mary ?  All the Old Latin manuscripts were translations — in one form or another, some grammatical, some not, some rough and un-polished — from the earlier Greek manuscripts.

We KNOW the Greek manuscripts did NOT include Mary as “full of grace.”  If the Old Latin manuscripts were translations of the earlier Greek, would they have so changed the wording of Luke 1:28 ?

Yet, we have an entire, large,

which instructs its members to pray: “Hail, Mary, full of grace… “  claiming it to be based on “Scripture” , the Latin Vulgated Scripture of Luke 1:28.Yet, the ONLY WORD that is actually Scriptures is the “Hail… “ !

Come out of her, My+ People, and touch not