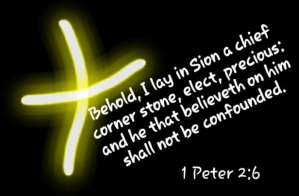 Christ’s death and Resurrection is celebrated and remembered on Easter and the days leading up to this day, that has become known as Lent.  But does this celebration end here?  Many celebrate Pentecost also,  and then it ends for another year.  Many say that the Crucifixion ended Christ’s ministry, I heartily disagree.  It begins the ministry of Christ and His Kingdom.  And we are called to be His witness.

Gods plan to redeem the world didn’t end at the cross with His death.  On the contrary it began.  The day the world changed, it was a day to offer Gods redeeming Grace to all.  To open the covenant up to all by giving a new covenant. “First to the Jew and then to the Gentile.”   Jesus said “I am the Vine.”  A covenant that included all who believed and accepted His Son.  Many scholars and historians have struggled to understand and some even to disprove Christ’s birth, life, death and resurrection. To prove it was false started almost immediately with the Sanhedrin.  It was with them that the lie that the disciples stole His body came.  So all acts to disprove it have only in reality helped to prove it.

Jesus appeared to not only His disciples but  according to scripture, 500 people at once. (Acts 1 &1 Corinthians 15) Matthew tells us that at the death of Christ, there was an earthquake, and God tore the Temple Curtain in half, and that graves burst open and saints long dead appeared.

(Matthew 27) And, behold, the veil of the temple was rent in twain from the top to the bottom; and the earth did quake, and the rocks rent;

52 And the graves were opened; and many bodies of the saints which slept arose,

53 And came out of the graves after his resurrection, and went into the holy city, and appeared unto many.

Jesus spent 40 days with His disciples, before He ascended into Heaven.  Telling them after they received the Holy Spirit to go and make disciples of all men preaching the good news.

The good news, He’s Alive!  The arguing over and twisting of scripture is not the Gospel or good news that Christ wanted to spread.  He said keep my commands and spread the gospel making all disciples.  In John 15 Christ gives clear instruction.

“As the Father has loved me, so have I loved you. Now remain in my love. 10 If you keep my commands, you will remain in my love, just as I have kept my Father’s commands and remain in his love. 11 I have told you this so that my joy may be in you and that your joy may be complete.12 My command is this: Love each other as I have loved you.13 Greater love has no one than this: to lay down one’s life for one’s friends. 14 You are my friends if you do what I command. 15 I no longer call you servants, because a servant does not know his master’s business. Instead, I have called you friends, for everything that I learned from my Father I have made known to you. 16 You did not choose me, but I chose you and appointed you so that you might go and bear fruit—fruit that will last—and so that whatever you ask in my name the Father will give you.17 This is my command: Love each other.

He goes on to say in the last verse: “When the Advocate comes, whom I will send to you from the Father—the Spirit of truth who goes out from the Father—he will testify about me. 27 And you also must testify, for you have been with me from the beginning.

Jesus accomplished so much at the cross for all of us.  He conquered death, gave us the hope of eternal life.  If that is not enough He also gave us the gift of the Holy Spirit known as the comforter given to those who repent and follow Him.  In fact He even told His disciples if He did not go away (die) then the comforter would not be sent (John 16:7-16),(Acts 2:33-39).

How beautiful are the words Jesus spoke to Martha when her brother Lazarus had died, words we to can take comfort in!  “Jesus said unto her, I am the resurrection, and the life:  he that believeth in me, though he were dead, yet shall he live:  And whosoever liveth and believeth in me shall never die. Believeth thou this”.(John 11:25,26).

We have left our first love just as Christ told John in His Revelation.  Jesus said we are His witness.  But we are no longer testifying.