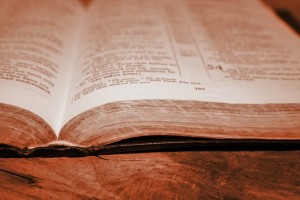 There is a book written that resides with God of every soul that ever lived, and is a book that will one day be opened at the white throne judgment of God. Each and every life will be judged according to their works done upon the earth as they lived their life (Revelation 20:11-15). 11 And I saw a great white throne, and him that sat on it, from whose face the earth and the heaven fled away; and there was found no place for them.12 And I saw the dead, small and great, stand before God; and the books were opened: and another book was opened, which is the book of life: and the dead were judged out of those things which were written in the books, according to their works.13 And the sea gave up the dead which were in it; and death and hell delivered up the dead which were in them: and they were judged every man according to their works.14 And death and hell were cast into the lake of fire. This is the second death.15 And whosoever was not found written in the book of life was cast into the lake of fire.

The thought alone of being judged by a righteous God of the way we lived and how we treated other would make some people turn from any wrong doing, but sadly not all have faith (Deuteronomy 32:20).For those who do fear the Lord and have faith in Christ it is a comfort to know God is always listening and a book of remembrance has been written telling us we will one day be His!(Malachi 3:16-18). 16 Then they that feared the Lord spake often one to another: and the Lord hearkened, and heard it, and a book of remembrance was written before him for them that feared the Lord, and that thought upon his name.17 And they shall be mine, saith the Lord of hosts, in that day when I make up my jewels; and I will spare them, as a man spareth his own son that serveth him.18 Then shall ye return, and discern between the righteous and the wicked, between him that serveth God and him that serveth him not.