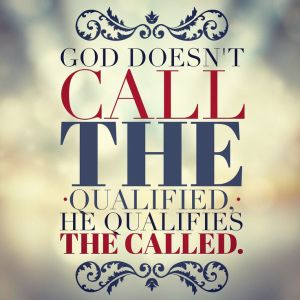 It is not of our appointing the choice of people who do the will of God, it is God’s choosing who will be his spokesperson and to attain a title of man is no honor at all (Job 32:21,22) Let me not, I pray you, accept any man’s person, neither let me give flattering titles unto man. For I know not to give flattering titles; in so doing my maker would soon take me away. You see God is not a respecter of person’s and as one will attain great fame in the world it is not so with him.

Peter knew it was those who feared God and did His will were those who God accepted (Acts 10:34,35).Then Peter opened his mouth, and said, Of a truth I perceive that God is no respecter of persons: But in every nation he that feareth him, and worketh righteousness, is accepted with him.

It is God himself who sets up one while abasing another. The kingdom of God or any kingdom upon the earth is of Gods choosing and scripture points this out very vividly as what man thinks is wise God see’s as foolishness! (1 Corinthians 1:21,25-29) For after that in wisdom of God the world by wisdom knew not God, it pleased God by the foolishness of preaching to save them that believe. Because the foolishness of God is wiser than men; and the weakness of God is stronger than men. For ye see your calling, brethren, how that not many wise men after the flesh, not many mighty, not many noble, are called: But God hath chosen the foolish things of the world to confound the wise; and God hath chosen the weak things of the world to confound the things which are mighty; And base things of the world, and things which are despised, hath God chosen, yea, and things which are not, to bring to nought things that are: That no flesh should glory in his presence.

King Neb-u-chad-nezzar learned very well the abasing power of God as he was in high stature of the people as king yet he found out that God gives his kingdom or any kingdom to the ruler of his choice. It was in the interpretation that Daniel gave to the King that God does not choose what the world views as prominent and important, but it is He who set’s up kings and yet allows their decline at times (Daniel 4:16,17) Let his heart be changed from man’s, and let a beast’s heart be given unto him; and let seven times pass over him. This matter is by the decree of the watchers, and the demand by the word of the holy ones: to the intent that the living may know that the most High ruleth in the kingdom of men, and giveth it to whomsoever he will, and setteth up over it the basest of men.