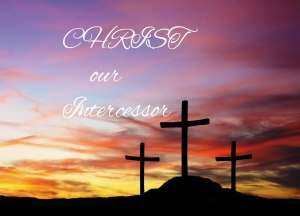 Jesus paid the ultimate price for our redemption and salvation by the sacrifice of Himself. He is now seated at the right hand of God the Father forever and has become our high priest (Hebrews 9:24-28). 24 For Christ is not entered into the holy places made with hands, which are the figures of the true; but into heaven itself, now to appear in the presence of God for us:25 Nor yet that he should offer himself often, as the high priest entereth into the holy place every year with blood of others;26 For then must he often have suffered since the foundation of the world: but now once in the end of the world hath he appeared to put away sin by the sacrifice of himself.27 And as it is appointed unto men once to die, but after this the judgment:28 So Christ was once offered to bear the sins of many; and unto them that look for him shall he appear the second time without sin unto salvation.

The churches of today are as visible as the synagogue’s of Jesus’ day, but it is by faith the believer understands that “Faith is the substance of things hoped for, the evidence of things not seen”(Hebrews 11:1).The visible church is ever changing so much so that even that which is an abomination to God such as homosexuality is accepted. The true church of Christ is an unchangeable one and His Father’s holy way is never compromised! (Hebrews 7:24-28).

The following passages read as though it was written today how judgment and justice cannot be found, and for those who do depart from evil they become a prey yet God see’s and becomes our intercessor(Isaiah 59:11-17). 11 We roar all like bears, and mourn sore like doves: we look for judgment, but there is none; for salvation, but it is far off from us.12 For our transgressions are multiplied before thee, and our sins testify against us: for our transgressions are with us; and as for our iniquities, we know them;13 In transgressing and lying against the Lord, and departing away from our God, speaking oppression and revolt, conceiving and uttering from the heart words of falsehood.14 And judgment is turned away backward, and justice standeth afar off: for truth is fallen in the street, and equity cannot enter.15 Yea, truth faileth; and he that departeth from evil maketh himself a prey: and the Lord saw it, and it displeased him that there was no judgment.16 And he saw that there was no man, and wondered that there was no intercessor: therefore his arm brought salvation unto him; and his righteousness, it sustained him.17 For he put on righteousness as a breastplate, and an helmet of salvation upon his head; and he put on the garments of vengeance for clothing, and was clad with zeal as a cloak.