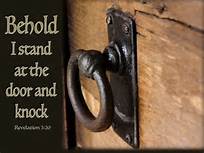 The same God who spoke and directed His people so many generations ago is the same God who guides us today! But are we listening or are we hardening our hearts which He asked us not to do? (Psalm 95:7-11)  For he is our God; and we are the people of his pasture, and the sheep of his hand. To day if ye will hear his voice, Harden not your heart, as in the provocation, and as in the day of temptation in the wilderness: When your fathers tempted me, proved me, and saw my work. Forty years long was I grieved with this generation, and said, It is a people that do err in their heart, and they have not known my ways: Unto whom I sware in my wrath that they should not enter into my rest…….. (Hebrews 3:4-11).

God speaks oftentimes with us in many ways, but not always in an audible voice but in a dream to direct and give instruction to His servant. (Job 33:14-18).  For God speaketh once, yea twice, yet man perceiveth it not. In a dream, in a vision of the night, when deep sleep falleth upon men, in slumberings upon the bed; Then he openeth the ears of men, and sealeth their instruction, That he may withdraw man from his purpose, and hide pride from man. He keepeth back his soul from the pit, and his life from perishing by the sword.

For those who have been in line with a tornado say it sounds like a freight train rolling through. The sheer strength and might of God Almighty is seen in His greatest power of a whirlwind therefore He is to be reverenced! (Nahum 1:3)……. (Job 37:11-13).

When Herod spoke privately to the wise men to seek out in Bethlehem by direction of the east star where Jesus was, it was all changed when by a warning from God came to them in a dream which they heeded that they should not return to Herod……. so they instead entered their country a different way. At the same time the angel of the Lord appeared in a dream to Joseph to flee to Egypt with Jesus because Herod wanted to destroy Him. (Matthew 2:7-14).  Then Herod, when he had privily called the wise men, enquired of them diligently what time the star appeared.And he sent them to Bethlehem, and said, Go and search diligently for the young child; and when ye have found him, bring me word again, that I may come and worship him also. When they had heard the king, they departed; and, lo, the star, which they saw in the east, went before them, till it came and stood over where the young child was. When they saw the star, they rejoiced with exceeding great joy. And when they were come into the house, they saw the young child with Mary his mother, and fell down, and worshipped him: and when they had opened their treasures, they presented unto him gifts; gold, and frankincense and myrrh. And being warned of God in a dream that they should not return to Herod, they departed into their own country another way. And when they were departed, behold, the angel of the Lord appeareth to Joseph in a dream, saying, Arise, and take the young child and his mother, and flee into Egypt, and be thou there until I bring thee word: for Herod will seek the young child to destroy him. When he arose, he took the young child and his mother by night, and departed into Egypt:

Behold, I stand at the door, and knock: if any man hear my voice, and open the door, I will come in to him, and will sup with him, and he with me.