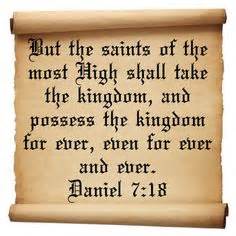 We can go through this life and possess many things and some of us know the story of the rich man who has taught us it is not a sin to have nice things which one has labored for, but if we start to covet and store up then we are in error. For a mans life consists not in the abundance of the things he possesseth! (Luke 12:15-21).  And he said unto them, Take heed, and beware of covetousness: for a man’s life consisteth not in the abundance of the things which he possesseth. And he spake a parable unto them, saying, The ground of a certain rich man brought forth plentifully: And he thought within himself, saying, What shall I do, because I have no room where to bestow my fruits? And he said, This will I do: I will pull down my barns, and build greater; and there will I bestow all my fruits and my goods. And I will say to my soul, Soul, thou hast much goods laid up for many years; take thine ease, eat, drink, and be merry. But God said unto him, Thou fool, this night thy soul shall be required of thee: then whose shall those things be, which thou hast provided? So is he that layeth up treasure for himself, and is not rich toward God.

There are things that are a given on what is the best that anyone could possess like peace of mind, good friends and family along with good health. When we do the will of God we know through His word how to conduct our life and possess our vessels to honor God. (1 Thessalonians 4:2-8).  For ye know what commandments we gave you by the Lord Jesus. For this is the will of God, even your sanctification, that ye should abstain from fornication: That every one of you should know how to possess his vessel in sanctification and honour; Not in the lust of concupiscence, even as the Gentiles which know not God: That no man go beyond and defraud his brother in any matter: because that the Lord is the avenger of all such, as we also have forewarned you and testified. For God hath not called us unto uncleanness, but unto holiness. He therefore that despiseth, despiseth not man, but God, who hath also given unto us his holy Spirit.

In Daniels vision we learn the day will come when our Lord will reign in His unending kingdom, and it will be the saints of the most High who will gain the greatest possession of all as they will win the battle over the beast and possess the kingdom for all eternity! (Daniel 7:13-18).  I saw in the night visions, and, behold, one like the Son of man came with the clouds of heaven, and came to the Ancient of days, and they brought him near before him. And there was given him dominion, and glory, and a kingdom, that all people, nations, and languages, should serve him: his dominion is an everlasting dominion, which shall not pass away, and his kingdom that which shall not be destroyed. I Daniel was grieved in my spirit in the midst of my body, and the visions of my head troubled me. I came near unto one of them that stood by, and asked him the truth of all this. So he told me, and made me know the interpretation of the things. These great beasts, which are four, are four kings, which shall arise out of the earth. But the saints of the most High shall take the kingdom, and possess the kingdom for ever, even for ever and ever.