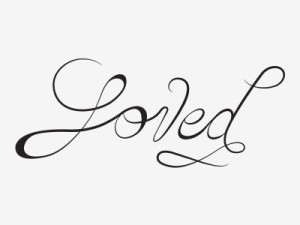 The story of the lost sheep teaches us that if we leave the sheepfold of safety that our life is precious in His sight.When we are found it brings so much joy to God that our life may have met an uncertain fate but we are then returned unto the shepherd of our soul (Matthew 18:11-14). 11 For the Son of man is come to save that which was lost.12 How think ye? if a man have an hundred sheep, and one of them be gone astray, doth he not leave the ninety and nine, and goeth into the mountains, and seeketh that which is gone astray?13 And if so be that he find it, verily I say unto you, he rejoiceth more of that sheep, than of the ninety and nine which went not astray.14 Even so it is not the will of your Father which is in heaven, that one of these little ones should perish.

We learn of the true lovingkindness of God in the story of the prodical son,a life that the father thought was the loss of his son forever.How many of us ventured away from our Father in heaven and praised God turned around by repenting and have come to know there is only one thing worth glorifying and that is the Lord Himself!(Luke 15:17-24). 17 And when he came to himself, he said, How many hired servants of my father’s have bread enough and to spare, and I perish with hunger!18 I will arise and go to my father, and will say unto him, Father, I have sinned against heaven, and before thee,19 And am no more worthy to be called thy son: make me as one of thy hired servants.20 And he arose, and came to his father. But when he was yet a great way off, his father saw him, and had compassion, and ran, and fell on his neck, and kissed him.21 And the son said unto him, Father, I have sinned against heaven, and in thy sight, and am no more worthy to be called thy son.22 But the father said to his servants, Bring forth the best robe, and put it on him; and put a ring on his hand, and shoes on his feet:23 And bring hither the fatted calf, and kill it; and let us eat, and be merry:24 For this my son was dead, and is alive again; he was lost, and is found. And they began to be merry.