Monday’s with Julia and CJ

Every week as we study and pray for Gods guidance, we are very concerned about the state of our country, the world and the Church. Headlines today seem to come straight from Prophecy. Such as whirlwinds of fire, strong earthquakes all across the globe, in-tolerable weather conditions, persecution and Human Rights abuses, wars and threats of wars. Evil abounding even inside hallowed halls of the Church. We struggle to make sense and then it hits us. We are not paying attention to Gods warnings through His prophets of old.  And it’s becoming very hard to tell the difference between the world and the church.  We were called to separate from the world, not mesh with it!

The world is rife with Chaos, even in America, we see violent, vile protestors wearing black masks and calling for civil disobedience. Even lawmakers like Maxine Waters call for violence against those who support or work for America’s President. There is no respect of Country or self respect left in these people. This too was prophesied for the last days.

We see Human Rights abuses in Middle Eastern Countries that cause death and torture, we see Christians targeted in this country. And the church is silent. Every day there is a new threat of war, within and without.
America is erecting idols to foreign gods and most recently unveiled a statue to Baphomet in Arkansas, citing religious freedom.

Isn’t that what King Solomon did? And look how his tolerance of idols to other Gods turned out.

Prominent people like Chelsea Clinton are raving about the murder of babies, stating that abortion allowed thousands of women to enter the workforce in previous decades. 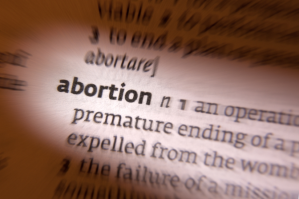 According to Briebart here is her statement that grabbed onto economic facts that can’t be challenged and claimed RoeVWade and abortion raised our economy. Purely evil!

“It is not a disconnected fact … that American women entering the labor force from 1973 to 2009 added three and a half trillion dollars to our economy. … The net, new entrance of women — that is not disconnected from the fact that Roe became the law of the land in January of 1973. So, I think, whatever it is that people say they care about, I think that you can connect to this issue. Of course, I would hope that they would care about our equal rights and dignity to make our own choices — but, if that is not sufficiently persuasive, hopefully, come some of these other arguments that you’ve expressed so beautifully, will be.” 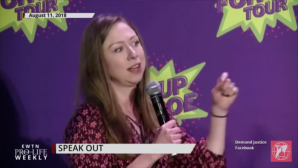 And we have written about the shift toward Islam and condemnation of Christians many times, most recently in New Mexico. It’s time to wake up. It’s time for the Church to return to basics. Turn down the worship, band concert and wake up! The silent church has fallen to new age, itchy ear doctrine and band concerts and thrown the fear of God and His words to the wind. One man recently commented on a local news post asking why people attend or don’t attend church, that he’s tired of 45 minutes of rock music and 5 minutes of scripture. His opinion is voiced over and over again by many, yet the church continues to turn up the music to drown out the suffering of Gods people, Gods judgements on an unrepentant people and prophecy!

The church is not immune to satan, in fact he works harder on men and women of God. Just look at all the scandals in the news about sexual abuse. Most recently from the Catholic denomination, but it’s in ALL denominations. Men and women of God wake up!  The church has become tolerant of all manner of sin, and accepted hush money in the form of tax free dollars from the world, it has handcuffed the church and now they are Cowering in the corner afraid to speak.  Not hyperbole, its truth.  Caving to tolerance and acceptance of all manner of sin, and political correctness.

It is highly disappointing to look at how the church conducts itself today, with the bands playing loudly and the selling at bazaars, right down to the lewdness of the actions of pastors and priests molesting the innocents! Is it any wonder Jesus said when He returns will He find faith in the earth?(Luke 18:7-8).
Now more than ever is the time to learn what and where the true church of Christ really is. The church is not made of brick and mortar, but is a body of believer’s built up a spiritual house unto the Lord through the Holy Spirit(1 Peter 2:4-10 and Ephesians 2:18-22)

Christ is our example, our cornerstone, His church.  The Body of Christ us being tossed around by the trickery of men!

That we henceforth be no more children, tossed to and fro, and carried about with every wind of doctrine, by the sleight of men, and cunning craftiness, whereby they lie in wait to deceive