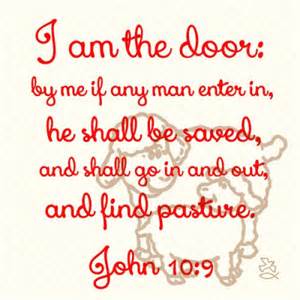 No one wants to break into your life more than satan IF you are a Christian. Yes he doesn’t concern himself with those who are busy doing what the world does, NO a Christian who loves the Lord is a threat to him so he works overtime to do all he can to have you take your eyes off of God! As Christians we are of the household of Christ and this spiritual house needs to always be aware of what is entering in. (Hebrews 3:4-6).  For every house is builded by some man; but he that built all things is God. And Moses verily was faithful in all his house, as a servant, for a testimony of those things which were to be spoken after; But Christ as a son over his own house; whose house are we, if we hold fast the confidence and the rejoicing of the hope firm unto the end.

The thief of our soul is as a roaming lion to devour his prey and even the smallest possible entrance he will take it, for his only purpose in this life is to kill, steal, and destroy anything God has created for the good of HIS people and abundant life is only found in Christ our Lord. (John 10:10-11).

Jesus tells us HE is the door that HIS sheep enter and will be saved, but he who enters not by that door is the same as a thief or robber. HIS sheep know HIS voice and do not know the voice of a stranger! (John 10:1-9). Verily, verily, I say unto you, He that entereth not by the door into the sheepfold, but climbeth up some other way, the same is a thief and a robber. But he that entereth in by the door is the shepherd of the sheep. To him the porter openeth; and the sheep hear his voice: and he calleth his own sheep by name, and leadeth them out.And when he putteth forth his own sheep, he goeth before them, and the sheep follow him: for they know his voice. And a stranger will they not follow, but will flee from him: for they know not the voice of strangers. This parable spake Jesus unto them: but they understood not what things they were which he spake unto them. Then said Jesus unto them again, Verily, verily, I say unto you, I am the door of the sheep. All that ever came before me are thieves and robbers: but the sheep did not hear them. I am the door: by me if any man enter in, he shall be saved, and shall go in and out, and find pasture.