In the book of Corinthians Paul teaches of those who are called unto the fellowship of Christ,and how there is to be no divisions but to be of the same mind in the knowledge of Christ (1 Corinthians 1:4-10). 4 I thank my God always on your behalf, for the grace of God which is given you by Jesus Christ;5 That in every thing ye are enriched by him, in all utterance, and in all knowledge;6 Even as the testimony of Christ was confirmed in you:7 So that ye come behind in no gift; waiting for the coming of our Lord Jesus Christ:8 Who shall also confirm you unto the end, that ye may be blameless in the day of our Lord Jesus Christ.9 God is faithful, by whom ye were called unto the fellowship of his Son Jesus Christ our Lord.10 Now I beseech you, brethren, by the name of our Lord Jesus Christ, that ye all speak the same thing, and that there be no divisions among you; but that ye be perfectly joined together in the same mind and in the same judgment.

When we are born from above it is the spirit of God that renews our mind,the old ways we once followed are replaced by what is acceptable of God and we are members one of another (Ephesians 4:21-30). 21 If so be that ye have heard him, and have been taught by him, as the truth is in Jesus:22 That ye put off concerning the former conversation the old man, which is corrupt according to the deceitful lusts;23 And be renewed in the spirit of your mind;24 And that ye put on the new man, which after God is created in righteousness and true holiness.25 Wherefore putting away lying, speak every man truth with his neighbour: for we are members one of another.26 Be ye angry, and sin not: let not the sun go down upon your wrath:27 Neither give place to the devil.28 Let him that stole steal no more: but rather let him labour, working with his hands the thing which is good, that he may have to give to him that needeth.29 Let no corrupt communication proceed out of your mouth, but that which is good to the use of edifying, that it may minister grace unto the hearers.30 And grieve not the holy Spirit of God, whereby ye are sealed unto the day of redemption.

With so many different religions to follow,one thing has not changed and that is divisions and quarrels among them. In Jesus day there were the pharisees and sadducees who as we see even today did not agree as they should on sound doctrine of the true message of Christ,for the one group thought there is no resurrection from the dead while the other believed completely the opposite as we learn in the book of acts when Paul spoke before the council (Acts 23:6-9). 6 But when Paul perceived that the one part were Sadducees, and the other Pharisees, he cried out in the council, Men and brethren, I am a Pharisee, the son of a Pharisee: of the hope and resurrection of the dead I am called in question.7 And when he had so said, there arose a dissension between the Pharisees and the Sadducees: and the multitude was divided.8 For the Sadducees say that there is no resurrection, neither angel, nor spirit: but the Pharisees confess both.9 And there arose a great cry: and the scribes that were of the Pharisees’ part arose, and strove, saying, We find no evil in this man: but if a spirit or an angel hath spoken to him, let us not fight against God. 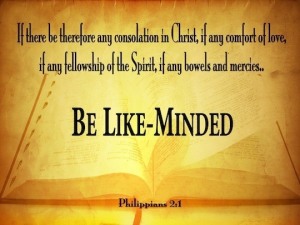