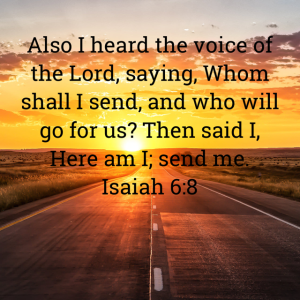 God is so gracious and since the very beginning has always sent His servants the prophets to teach and warn, even though their message often times falls on deaf ears. Even John the Baptist who was the forerunner of our Lord and Savior said that he was as one crying in the wilderness! (Jeremiah 7:23-26) But this thing commanded I them, saying, Obey my voice, and I will be your God, and ye shall be my people: and walk ye in all the ways that I have commanded you, that it may be well unto you. But the hearkened not, nor inclined their ear, but walked in the councels and in the imagination of their evil heart, and went backward, and not forward. Since the day that your fathers  came forth out of the land of Egypt unto this day I have even sent unto you all my servants the prophets, daily rising up early and sending them: Yet they hearkened not unto me, nor inclined their ear, but hardened their neck: they did worse than their fathers.

Jesus was foretold of before His coming to the earth to be our Saviour. A Saviour who would have a following of a people who would not serve another God than God almighty, and are of the household of Israel! (Isaiah 63:7-9) I will mention the loving kindnesses of the Lord, and the praises of the Lord, according to all that the Lord hath bestowed on us, and the great goodness toward the house of Israel, which he hath bestowed on them according to his mercies, and according to the multitude of his loving kindnesses. For he said, Surely they are my people, children that will not lie: so he was their Saviour. In all their affliction he was afflicted, and the angel of his presence saved them: in his love and in his pity he redeemed them; and he bare them, and carried them all the days of old.

There is a great message of warning given to us that are living today of the rich man and Lazarus. The rich man who was tormented wanted to send someone to warn his family of the horrible place he had ended up in, but was told they have Moses and the prophets to teach them and even if one came back from the dead they would not listen. This is a clear view of Gods love who has always sent a prophet or angel to forwarn before it is too late. (Luke 16:22-31). And it came to pass, that the beggar died, and was carried by the angels into Abraham’s bosom: the rich man also died, and was buried; And in hell he lift up his eyes, being in torments, and seeth Abraham afar off, and Lazarus in his bosom. And he cried and said, Father Abraham, have mercy on me, and send Lazarus, that he may dip the tip of his finger in water, and cool my tongue; for I am tormented in this flame. But Abraham said, Son, remember that thou in thy lifetime receivedst thy good things, and likewise Lazarus evil things: but now he is comforted, and thou art tormented. And beside all this, between us and you there is a great gulf fixed: so that they which would pass from hence to you cannot; neither can they pass to us, that would come from thence. Then he said, I pray thee therefore, father, that thou wouldest send him to my father’s house: For I have five brethren; that he may testify unto them, lest they also come into this place of torment. Abraham saith unto him, They have Moses and the prophets; let them hear them. And he said, Nay, father Abraham: but if one went unto them from the dead, they will repent. And he said unto him, If they hear not Moses and the prophets, neither will they be persuaded, though one rose from the dead.

Does scripture give us the answer of just how do we know that the Lord has sent someone telling of a matter we should take heed to?  Jeremiah 28:7-9) Nevertheless hear thou now this word that I speak in thine ears, and in the ears of all the people; The prophesy that have been before me and before thee of old prophesied both against many countries, and against great kingdoms, of war, and of evil, and of pestilence. The prophet which prophesieth of peace, when the word of the prophet shall come to pass, then shall the prophet be known, that the Lord hath truly sent him. 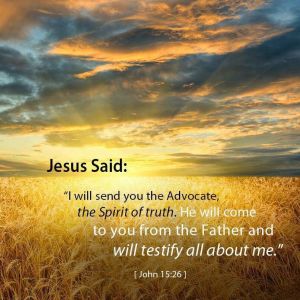 One thought on “The Sent”