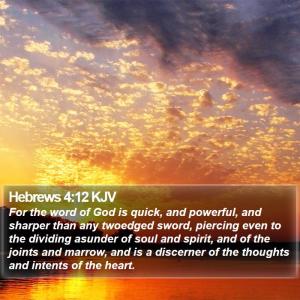 Jesus was upset how the people could look at the sky and they could discern the weather, yet could not see all the signs that surrounded them! Even though he said the sign given them would be that of Jonah (Jonas), they did not grasp it was a time for repentance. (Matthew 16:1-4). The Pharisees also with the Sadducees came, and tempting desired him that he would shew them a sign from heaven. He answered and said unto them, When it is evening, ye say, It will be fair weather: for the sky is red. And in the morning, It will be foul weather to day: for the sky is red and lowering. O ye hypocrites, ye can discern the face of the sky; but can ye not discern the signs of the times?A wicked and adulterous generation seeketh after a sign; and there shall no sign be given unto it, but the sign of the prophet Jonas. And he left them, and departed.

Jonah was angry that God had destroyed a gourd he provided him for shade and thought it was unfair that Nin’-e-veh be spared, But God shows how merciful he is by telling Jonah it is a people which cannot discern between their right and their left. (Jonah 4:7-11).  But God prepared a worm when the morning rose the next day, and it smote the gourd that it withered.And it came to pass, when the sun did arise, that God prepared a vehement east wind; and the sun beat upon the head of Jonah, that he fainted, and wished in himself to die, and said, It is better for me to die than to live.And God said to Jonah, Doest thou well to be angry for the gourd? And he said, I do well to be angry, even unto death.Then said the Lord, Thou hast had pity on the gourd, for the which thou hast not laboured, neither madest it grow; which came up in a night, and perished in a night:And should not I spare Nineveh, that great city, wherein are more than sixscore thousand persons that cannot discern between their right hand and their left hand; and also much cattle?

How can we look around us today and not see the sign of the times our Lord said would happen. People being murdered innocently, and the sin of homosexuality which destroyed Sodom and Gomorrah being passed as law. Have we really moved so far away from a Holy God we cannot discern the right and wrong way of things? It is not those who disobey that will return to serve with Christ, but the ones who love the righteous ways of God! (Malachi 3:16-18).

3 thoughts on “Observe And Discern”